Just day’s ago, New Jersey police had to pepper spray an aggressive groundhog as it had attacked a local resident. The New Jersey resident told police the rodent chased him when he entered his garage and tried to get his truck. Police Officers used pepper spray in the groundhogs eyes to snare it.

Listen Lady, you can’t even make this shit up.

Where do I even start…

1) Let’s begin with the ‘aggressive groundhog’ label.  Was Phil wielding a machete or charging this resident, guns a’blazin’, screaming “TAKE NO PRISONERS.” I can picture it, behind him stood an army of lethal animals; squirrels, mice, and the most feared ladybug in the world. Outnumbered and overpowered, the New Jersey resident stood no chance against these foes. Defeat was inevitable. Massive casualties would be likely.

2)  Chased you? You mean, it scurried after you and you ran around the house like a little girl wearing a tutu, screaming at the top of your lungs because you had a big fluffy HERBIVORE on your tail. What was it going to do, give you a nasty nick? I don’t think it would have caused severe arterial damage. 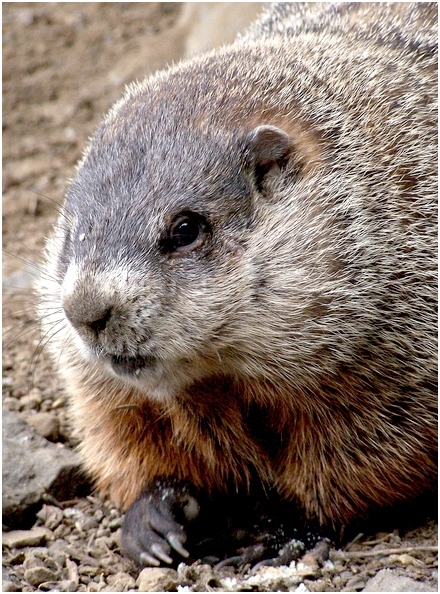 3) Tried to get your truck. Really? How tall was this thing? Did it even reach your shins? I’m pretty sure that had it taken you down, and hog-tied you, more than likely, it wasn’t going to be able to levitate long enough to open the door to the truck and hop in the cab. While Phil may have enjoyed a scenic stroll in your Ford, I doubt he would have gotten far as his arms would be too short to make a complete rotation with the steering wheel.

4) Pepper Spray? Are you kidding me? A swift kick wouldn’t have worked? Or, I know, A NET. Save the pepper spray for the humans. Based on the recollection of the resident though, I would have been hesitant to use the pepper spray if I were the cops. I mean, Phil could have turned vile and ordered his soldiers to attack the police. It would probably have been best if they called in the hostage negotiator and talked the groundhog down. You just can never be two careful with these furballs.