Sooooooo….a couple weekends ago we did the whole YAY LET’S CELEBRATE THE DAY YOU CAME FLYING OUT OF YOUR MOM’S VAGINA INTO THIS HARD, COLD REALITY WHERE YOU WORK TOO MUCH AND SLEEP TOO LITTLE. Sounds like a blast. Since my birthday was on a Sunday, I was determined to get all the housework and stupid errands done before that so I could really just relax and enjoy the day and not have to rush around on my birthday.

This meant that Saturday morning we were up and out the door by 9 am. Happiness spread over my husband’s face when I woke him for this venture.

Stop number one was to our local walmart and as we were purveying the holiday aisles, I might have lightly tapped an end cap display of scotch paper cutters with the cart. And by slightly tapped I mean rammed full speed with the cart as I had totally misjudged the angle of the turn.  Like Danica Patrick on the Indy 500 speedway rammed. I hit this 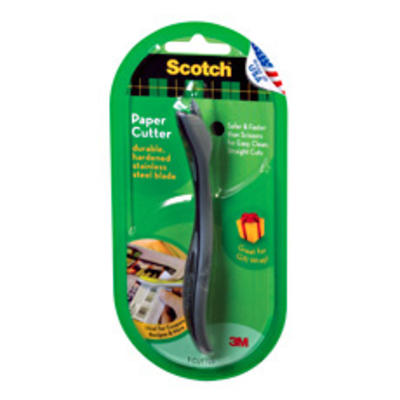 end cap hard enough that the ENTIRE display fell over in the store.  And not only did it just fall over, the endcap display fell into my cart. All 46 scotch paper cutters went flying into my cart and dancing along the floor.

Fast forward to the part where Brett was shaking his head in disbelief that I had literally just run into this end cap. In the throes of laughter and piecing this cardboard display back together, I collected as many paper cutters as I could find and left a nice pile for a fancy walmart worker to find and reshelf. LISTEN LADY, THEY GET PAID FOR A REASON. Throughout the remainder of the store I kept finding hidden paper cutters that were appearing in my cart. I think I found 10 extra paper cutters amongst my other items. So I did the only natural thing. I left them in random places in the store as we continued on our travels. Don’t think of it as out of place. THINK OF IT AS A TREASURE HUNT!!!!

Stop number two was to Target and this equally as disastrous. As the black Friday sales were still running for the weekend I wanted to pick up a few things for my daughter and we wandered over to the Christmas aisle. MISTAKE. There was this fake snowman and since Christmas decorations excite Cardin to know end and by no end, I mean hyperventilate, scream with excitement, and shake your groove thang, I picked up the snowman to show her.  Except the snowman then fell apart into 10 pieces in my hand crumbling away as though my soul had been broken. In my quick attempt to shove frosty’s arm back in place I managed to have him crumble even more. CRAP. Brett was totally shaking his head at this point. I quickly gathered up all extremities before his head went rolling down the aisle and some tween started kicking it around. We left the ruined frosty and went home so that I could sit on the couch for the remainder of the day and not touch anything else.

All this and I hadn’t even aged yet…….EPIC FAIL.