Last week we celebrated Cardin’s 4th birthday. Most kids ask for toys and find clothes to be a “boring” gift. Not my daughter; she loves clothes and dresses and while she won’t reject a toy or game, she is equally as happy to pull out a pair or pants.

I’ve given up the battle of pink, but I’m ok with this because she is steadfast in her adoration of the color blue. Go figure that 99% of the clothes she owns are pink. 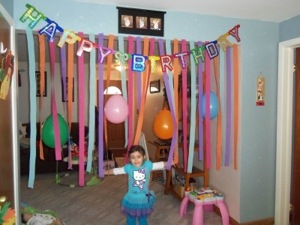 Since her birthday landed on a Thursday and she had preschool in the morning, I brought in cupcakes for her class. Cardin got to be the class helper and line leader that day; which is apparently equivalent to “grand supreme master of the world”. The class even did a birthday parade. Later that night we took Cardin out to friendly’s for dinner and ice cream.

Age three has been quite the ride for my little bug. She visited Disney World for the first time and we experienced pure magic through her eyes when she met the princesses. 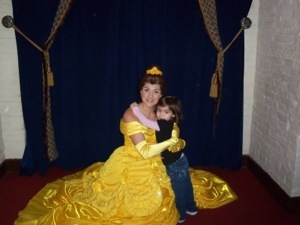 She struggled through a very long year of her mommy being sick and needing multiple hospital stays. Luckily, she took it in stride and she may have even found her future 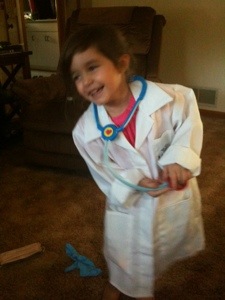 .
One of the best parts of her getting older is her candid honesty and sarcasm. Listen lady, the things that spew from this girls mouth are awesome.

For the first time we sent her to pre school and trusted her care to strangers. She was hesitant at first and, I admit, the first day mommy shed more tears than Cardin, but she has flourished there. She loves going to school and playing with her friends. 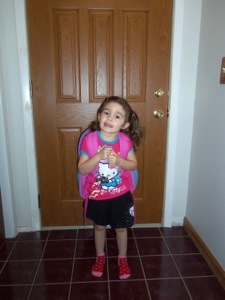 Her three year old world was also turned upside down when we brought home Rory. We feared her reaction to losing our full attention, but she has been a champ. She loves Rory to pieces and they both light up when they see each other. It’s one of my favorite things to see. 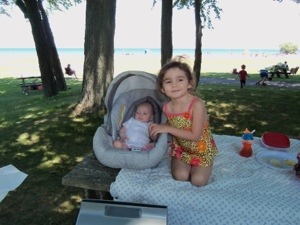