Lady, it’s been nearly seven years since my betrothal and subsequent house purchase. It’s time for a change….with the house folks; no need to start the rumor mill.

Maybe it’s cause I’m 30, but I started this project back in january when I got new pictures of the kids for the living room wall. 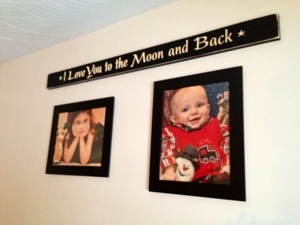 We had these pictures professional done, though it was quite the fiasco. In the end they turned out ok.

After this, I focused my efforts on a frame we had hung awhile back that depicted our last name formed from common objects. At the time we received the frame, I was expecting Rory, but I knew that I would eventually hang a family portrait underneath it. I think it works perfectly in our entryway. 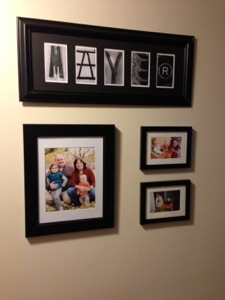 The kitchen is still a work in progress. I have an idea of what I want to acquire and do with the largest wall, it’s a matter of money now. Re-decorating isn’t cheap bitches. I did manage to get this piece for the hallway. I read it to Cardin on a daily basis; maybe it will sink in. 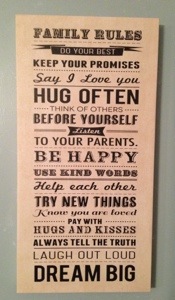