Rory has been hot for standing lately. Strolling around in his walker is no longer acceptable, he wants to stand alongside some of the larger toys we have. 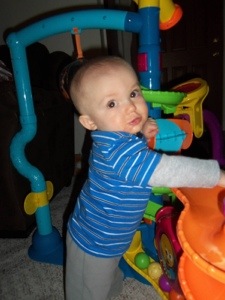 Up until this past weekend, standing has been the extent of his actions.

And then Rory got a little stronger and decided to be a tank and tip his toys over. 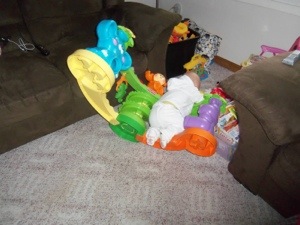 Literally, how is this possible? This toy is designed with the curvature so it won’t tip over.

This past weekend he started walking along the couch, slowly at first. Listen lady, after a couple tries, the couch was totally his bitch and now he is a walking machine;as long as he can hold onto something. Don’t be mistaken, he’ll utilize anything he can grab. Toys, legs, your nostrils. Lets just say that Brett stands very cautiously when Rory is in front of him. 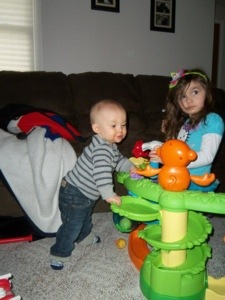